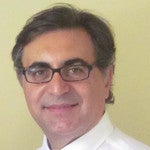 Biography: Born August 8, 1956 in Marseille, France. Moved to the United States in 1957 with family, and raised in New York City until family moved again to California in 1969. Graduated from Le Conte Junior High in Hollywood, California in 1970. Graduated from Grant High School in Van Nuys, California in 1974. Graduated from Los Angeles Valley College, AA degree in 1976, Graduated from U.C.L.A.. In 1979, receiving a B.A, degree.
From 1979 through 1983 worked full time as a law clerk for various law firms in Los Angeles, and during this same period, attended law school at San Fernando Valley College of Law (later known as University of La Verne-College of Law), graduating in 1983 with a Jurist Doctorate Degree in Law. Outstanding Service Award for Volunteer Legal Aid, L.A. Community College, 1985;
Completed Trial Advocacy Program at University of Southern California, Law Center in 1986, and awarded ATLA National Student Trial Advocacy Competition. Admitted to the California Bar on June 13, 1984. Admitted to the Federal Bar of the United States District Court, Central District on July 12, 1984.
Admitted to the Bar of the District of Columbia, (Washington, D.C.) on October 7, 1991. From 1984 to the present, practicing law in Los Angeles County, emphasizing litigation and trial. Married with two children.

Thank you for contacting us. We will get back to you shortly.

Please complete all required fields below.

The Law Offices of Robert Dourian is committed to answering your questions about personal injury law issues in California.

We offer a free consultation and we’ll gladly discuss your case with you at your convenience. Contact us today to schedule an appointment.